Who is this article for?

Anyone who wants to be inspired.

Alex is the CEO of MusicTutors.co.uk, The UK's largest online platform for pairing music students with experienced tutors in a massive variety of areas. TORS us proud to be partnered with Music Tutors to help bring more music to aspiring musicians around the world.


As humans, we navigate our lives with a mixture of strategies and ideals. We adapt, plan, dream, imagine, re-imagine, react, drift and happen upon events which thereafter we can turn into some semblance of narrative. The Hollywood biopic “turning point”, the Sliding Doors, tangible “moment”, where everything changes, these are rare indeed. Perhaps when we meet our partner for the first time, or see the advertisement for a new position, or first happen upon an idea which becomes seismic upon development.

Even rarer, we know at the time of experiencing these “moments” the profound impact they will have on our lives. The recent passing of Sir Ken Robinson has given me cause to reflect on such a moment in my life and also thrown up some questions and challenges I think for all of us who work in the creative sector. 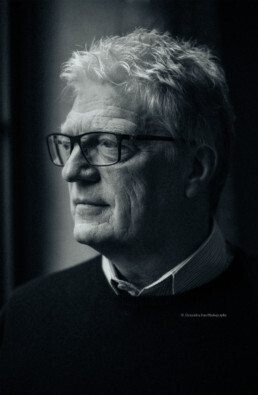 I was 24, at the beginning of my career, working in a Music Service 12 hrs a week. Some private students but the main thrust for me at that time was playing. Working with bands, taking sessions and function gigs, I was set on making it as a session player. In the music service, I was part of a team that was working with the Paul Hamlyn Foundation on a project called “Musical Futures”. The research project sought to examine why in some spheres of music, learners seem to be incredibly self motivated and driven to learn, whilst in others the drive and motivation to learn and develop was not as present. It was a great project. We did some excellent work and contributed our findings to a body of evidence which formed the basis of the organisation Musical Futures which is still going strong today; influencing curriculum, delivering training and producing resources designed to harness some powerful parts of music making, which perhaps have historically not been captured in the classroom.

To celebrate, our music service took the team to London for a conference: State of Play at the London Roundhouse. We arrived. We attended a drinks reception, we heard cabinet politicians speak about the importance of music education. It was the first time some of us had actually been in the presence of waiters circulating with canapés and glasses of fizz. It was a different world, it was a proud moment that we were in this deep carpeted room because of our work with young people in some fairly deprived parts of West Yorkshire. Our work felt valued.

First up was the keynote from a guy none of us had heard of, Sir Ken Robinson. When he started speaking he immediately made the large auditorium feel like a front room. His humour, anecdotes from his own teaching career, the careful and calculated pace and how he moved from the seemingly frivolous to connecting our work with the frontline of forging a better world. A world where our students would not be educated out of their creative potential but instead be encouraged to use it to solve the seemingly unsolvable challenges facing our species in the 21st Century.

I remember a kind of click happening in my head. A very calm joining together of different jigsaw pieces and a knowing that I was going to take a PGCE and become a teacher.

We met him afterwards. He had an awesome scarf, was genuinely interested in our team and the work we had done and was so encouraging to all of us. I sent my application as soon as I was back home and began the PGCE later that year. I did a good job as a teacher. I didn’t get everything right but one thing that stayed with me was connecting the class and the student with the big picture of the human condition that Sir Ken painted that day. His passing has made me realise how much I owe him. A rare moment delivered by an even rarer man.

Gaining back our confidence

That conference took place in 2007. In the subsequent 13 years, it could be argued that Sir Ken Robinson’s vision of an education system which places equal value on STEM, humanities, the arts and physical education and does not put blind faith in the outcomes of standardised testing, is further away from being realised. Am I, as a leader with a platform in the field of cultural education, doing enough to bring the change our system so desperately needs? Are you? What else can we do?

As a leader, am I doing enough to provide those with whom I work the chance to find their own turning point? Is there enough collaboration, curiosity and freedom in our culture for people to apply what really resonates with them? Or find it if they haven’t yet?

The State of Play Conference had such an energy about it. There were major policy announcements, passionate presentations across a hugely diverse range of subjects and contexts. It was our sector at its most curious, its most confident. I do not doubt that in 2020 our sector has not lost any of its curiosity, or its skill, nor its passion. But we have taken a beating. The value placed upon us in pre-crash Britain is not there anymore and this has affected our confidence.

We need to get that back and quickly. Today's children will need precisely the skills and experiences we can provide them like never before. They will need creativity, team work, problem solving, empathy, hope and imagination if we are indeed to build a society which celebrates our diversity and works to the benefit of all.

Sir Ken Robinson’s passing gives us all a chance to reflect, to connect what we are all incredibly busy doing with what it is to be human and our children's’ potential.

7 Ways to Break Through Your Writer's Block (For Songwriters)

You have a song in there. A great song, maybe even a hit – but it's stuck under your writer's block.  Nearly every single songwriter we’ve worked.
Joe Wadsworth - 17 October 2020
6 min read